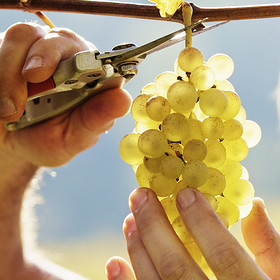 The 2012 wine grapes harvest would amount to 46.7 million hl (Mhl) on July 1st, which is a smaller grape harvest than the one in 2011 (- 8%) according to the first estimates from the Ministry for Agriculture. The harvest would be within the five-year average. Winter frost or spring frost, flower abortion and mildew pressure have damaged the harvest potential as indicated by the forecasts published on Thursday.

In Champagne, the spring frost hit 3,000 ha. “In Burgundy and in Beaujolais, the wine area has been under severe mildew attacks”, indicates the Office of Statistics and Studies from the Ministry for Agriculture.

The flower abortion is a problem in Languedoc-Roussillon, Midi-Pyrénées and Gironde, “but to this day, there are still uncertainties regarding its impact on the yield”.

Harvest estimates in the main wine areas on 1st July:

Most of the vineyards are lagging behind in comparison with 2011, which had been an exceptionally early vintage. Thus, it is a return to a more normal phonologic calendar.