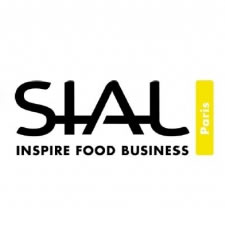 Champagne: the harvest will present some challenges

“It is not the euphoria regarding the crop in the whole Champagne region”. This is with this statement, somewhat pessimistic, that Sophie Duccesci, president of the Meurville winemaker’s local section, recently begun the meeting regarding the harvest.

The commune, which had already been affected by the bad weather last year, resulting in a small crop, has again been affected by hail and heavy rain these last few months, like many neighbouring communes. She also stated: “Those who have already solved the problems last year, will have to solve the remaining ones”. As one participant fired, “It might lighten a little bit the brains of those who decide for us concerning the individual reserve”. It is a thought that regularly came back during the meetings between viticulturists lately, as the bad weather at least had the merit of showing, according to the viticulturists, how much important it was to keep the individual reserve. “We have been digging into it for two consecutive years”, insists Sophie Ducceschi.

The winemakers put forward the thought that if the crop is still poor this year, it is not secured yet, because we now need to save what is left after the disease, notably the mildew: “We don’t have the grapes in the winepress yet”. In Meurville, an estimated 80% of the wine area has been affected by the bad weather.

She adds, “Usually, we get 12,000 or 13,000kg per 2.5 acres. At best, we will get 6,000 this time. It is an intricate problem. In Meurville, some households live exclusively off the vine and there are some vines which will not have any grape for two years, regardless of the fact that some plots don’t have any problem and will experience a normal harvest”.

It is a summer and a harvest that present a challenge in the affected sectors in view of the different stages of the grapes: “On a same plant, I have a dying flower, lead pellets and peas”, she notices. We must each ask ourselves if it will be possible to be granted exemptions, as the harvest period cannot exceed three weeks from the official harvest starting date. The viticulturists, who watch over their vines and “pamper” them, are now waiting for the wind and the sun to purify the plots, protect what is left, and if possible, get the grapes at the same stage at the time of the harvest, which should take place around the 20th September, as estimated by the viticulturists.

Sophie Ducceschi concluded, “We had two difficult years. We are going to start again without any reserve”. Let us hope that 2013 will be a good year for the appellation wine and for restocking a little bit.